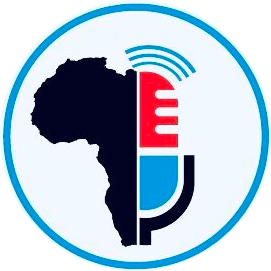 let’s make something together

Give us a call or drop by anytime, we endeavour to answer all enquiries within 24 hours on business days.

The FPAA is dismayed by the arbitrary arrest and detention of Girmay Gebru, a BBC Tigrinyan reporter, Fitsum Berhane of the AFP, Alula Akalu, a fixer for the Financial Times together with Tamrat Yemane, who also works as a fixer. The four were arrested in the regional capital, Mekelle.

The authorities only say two of the four are “under investigation” but are yet to provide a reason for the arrests.

The FPAA views these arrests as unwarranted and an open act of intimidation and coercion designed to impose self-censorship and prevent journalists from reporting the conflict in Tigray with an objective and non-partisan lens.

The FPAA, therefore, calls on the Ethiopian authorities to facilitate the speedy release of the four or, alternatively, have them produced in court.

The FPAA is disturbed that the stage for the arrests seemed to have been set ahead of the clampdown. The state-owned Ethiopia Press Agency quoted a ruling party official, Habtay Gebreegziabher, warning the government would take action against “people trying to supply wrong information” to international journalists operating in Tigray. This appeared to contradict a February 24 statement issued from the prime minister’s office inviting journalists from seven international media outlets, including AFP, BBC, and FT, to report on the conflict in Tigray.

The FPAA reiterates the call by the CPJ’s sub-Saharan Africa representative, Muthoki Mumo, on the Ethiopian government to provide guarantees that the press can cover the conflict in Tigray without intimidation.

The FPAA urges the Ethiopian authorities to adhere to all the principles that protect the freedom of opinion and expression as spelt out in international conventions and protocols. There is no gainsaying the fact that the work of a free, independent and impartial press constitutes one of the basic foundations of a democratic society. As an umbrella Association of journalists working for the international media covering Africa, the FPAA is ready and willing to sit with government representatives around the table and dialogue on pertinent issues of concern to both sides.

FPAA Statement on the police brutality meted out on Mariel Mueller, A DW Journalist in Nairobi, Kenya